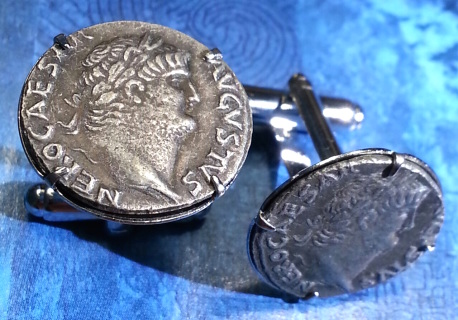 Nero: Born on December 15, 37 and died on June 9, 68. Was Roman Emperor from 54 to 68, and the last in the Julio-Claudian dynasty. Nero was adopted by his great-uncle Claudius to become his heir and successor, and succeeded to the throne in 54 following Claudius' death. During his reign, Nero focused much of his attention on diplomacy, trade, and enhancing the cultural life of the Empire. He ordered theaters built and promoted athletic games. During his reign, the redoubtable general Corbulo conducted a successful war and negotiated peace with the Parthian Empire. His general Suetonius Paulinus crushed a revolt in Britain and also annexed the Bosporan Kingdom to the Empire, beginning the First Roman–Jewish War. In 64, most of Rome was destroyed in the Great Fire of Rome, which many Romans believed Nero himself had started in order to clear land for his planned palatial complex, the Domus Aurea. He rebuilt Rome magnificently. In 68, the rebellion of Vindex in Gaul and later the acclamation of Galba in Hispania drove Nero from the throne. Facing assassination, he committed suicide on June 9, 68. His death ended the Julio-Claudian Dynasty, sparking a brief period of civil wars known as the Year of the Four Emperors. Nero's rule is often associated with tyranny and extravagance. He is known for many executions, including those of his mother and the probable murder by poison of his stepbrother, Britannicus. He is also infamously known as the Emperor who "fiddled while Rome burned", although this is now considered an inaccurate rumor, and as an early persecutor of Christians. He was known for having captured Christians burned in his garden at night for a source of light. This view is based on the writings of Tacitus, Suetonius, and Cassius Dio, the main surviving sources for Nero's reign. Few surviving sources paint Nero in a favorable light. Some sources, though, including some mentioned above, portray him as an emperor who was popular with the common Roman people, especially in the East. The study of Nero is problematic as some modern historians question the reliability of ancient sources when reporting on Nero's tyrannical acts. 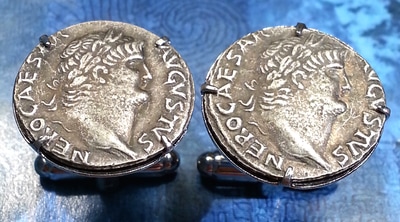 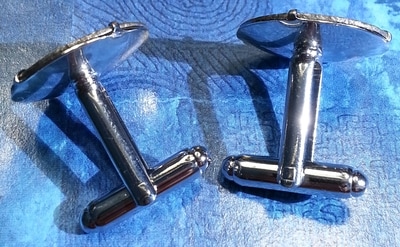 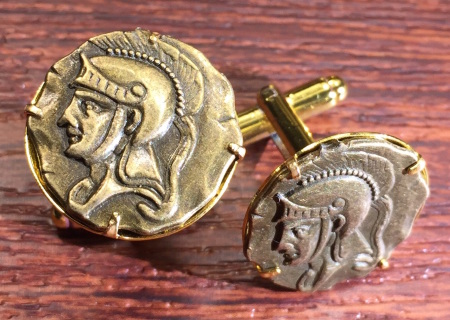 $
17.95
Unique cufflinks made of reproduction bronze colored coins. Featuring a Roman Centurion soldier with helmet & plume. Helmet plumes were a sign of manliness. It made the the warrior appear to have a mane of manly hair at all times.  It showed splendor, power, exuberance and a bit of stallion sexual prowess. 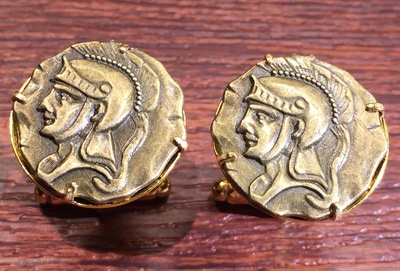 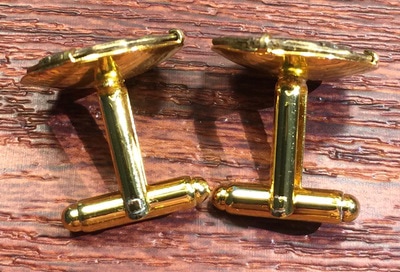 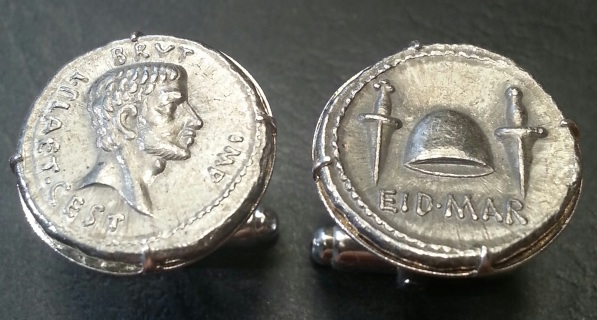 $
44.95
Wonderful coin cufflinks made of high-quality replica silver-tone coins featuring Brutus. These coins marked the assassination of Roman emperor Julius Caesar on the 'Ides of March' - March 15, 42 BC. They were produced by Julius Caesar's assassin Marcus Brutus, whose head is depicted on one cufflink. The other cufflink depicts a dome-shaped liberty cap, flanked by two daggers, and the Latin inscription EID MAR. The real coins are extremely rare because Mark Antony and Octavian who later defeated Brutus in battle had the coins recalled and melted down. 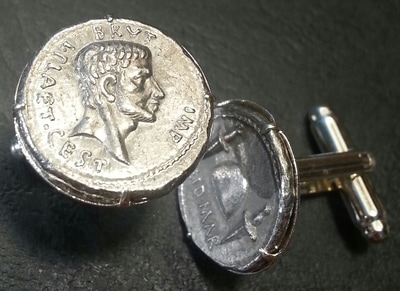 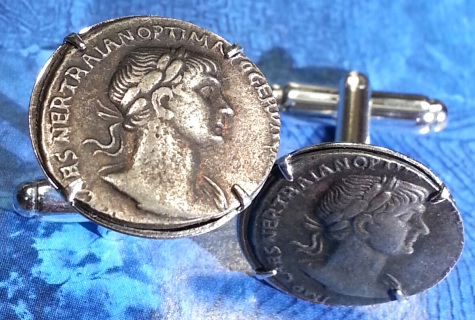 Trajan is remembered as a successful soldier-emperor who presided over the greatest military expansion in Roman history, leading the empire to attain its maximum territorial extent by the time of his death. He is also known for his philanthropic rule, overseeing extensive public building programs and implementing social welfare policies, which earned him his enduring reputation as the second of the Five Good Emperors who presided over an era of peace and prosperity in the Mediterranean world. 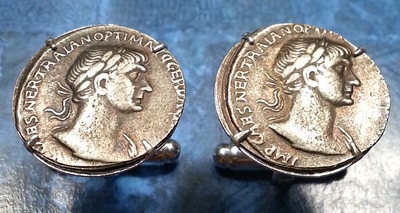 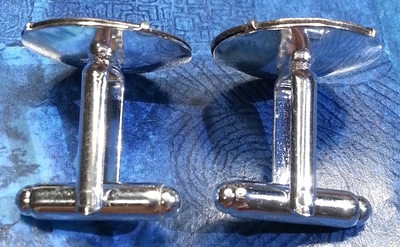